Karma Automotive, the Chinese-owned carmaker once known as Fisker Automotive, has revealed the Revero, a rebooted version of the Fisker Karma, which will cost more than the $115,000 sticker price on the original when deliveries begin in 2017. The car will be able to go about 50 miles (80 kilometers) in pure electric drive before a gasoline engine kicks in and it also has a 200 watt solar panel on the roof that can charge the battery. Karma’s plan is to sell an exclusive sports sedan to people who currently buy the Tesla Model S and other expensive sporty cars. Under Wanxiang Group Corp. and its chairman Lu Guanqiu, Karma is one of several Chinese-backed plug-in car companies that are targeting the U.S. market with electric cars that will take on Tesla Motors Inc. Karma is among the first to use solar panels to charge a production car’s high-voltage battery that powers the motor. The predecessor company’s original car, called the Fisker Karma, used a solar panel to charge the 12-volt battery that powers lights and other accessories and Toyota Motor Corp. has used solar power in the Prius to run the ventilation system. Toyota’s new Prius Prime plug-in, going on sale this year, will have an optional solar panel to charge the battery for buyers in Europe. Karma has been working to get back to car production since its predecessor company, Fisker, defaulted on a U.S. government loan and went bankrupt in 2013. Wanxiang, an auto parts maker, bought its assets out of bankruptcy the following year. The company has filed documents seeking to open a $375 million factory in Hangzhou, China. As Karma rolls out its electric-drive technology, it wants to add smaller plug-in hybrids and fully electric cars to its lineup, Taylor said. Similar to Tesla’s strategy with low-volume sellers like the early Roadster and Model S, Karma wants to use the Revero to start building its capabilities and intellectual property so the company can eventually build cars in higher volume, Taylor said. The predecessor company sold 2,000 cars, Taylor said. Those owners will get the first chance to reserve and buy the new model this week, he said. Costa Mesa, California-based Karma will make about 900 Reveros in the first year and boost production later, Taylor said. 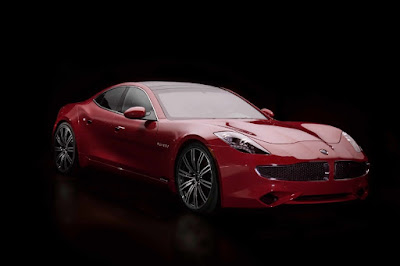